In true cross-sector fashion, three STC schools presented their practices for supporting freshmen at our STC Chicago roundtable on April 29. More on that below. First, I can hardly believe it’s June. The end of this school year is quickly approaching, which means my first full school year in this role is also coming to a close.  It has been an exciting and productive year, including growing the STC Chicago network from 12 schools to 20, doubling the number of network events, successfully raising funds to bring i2 Camp to an STC school, and representing Chicago with a powerful presence at the STC Forum in Los Angeles last month. 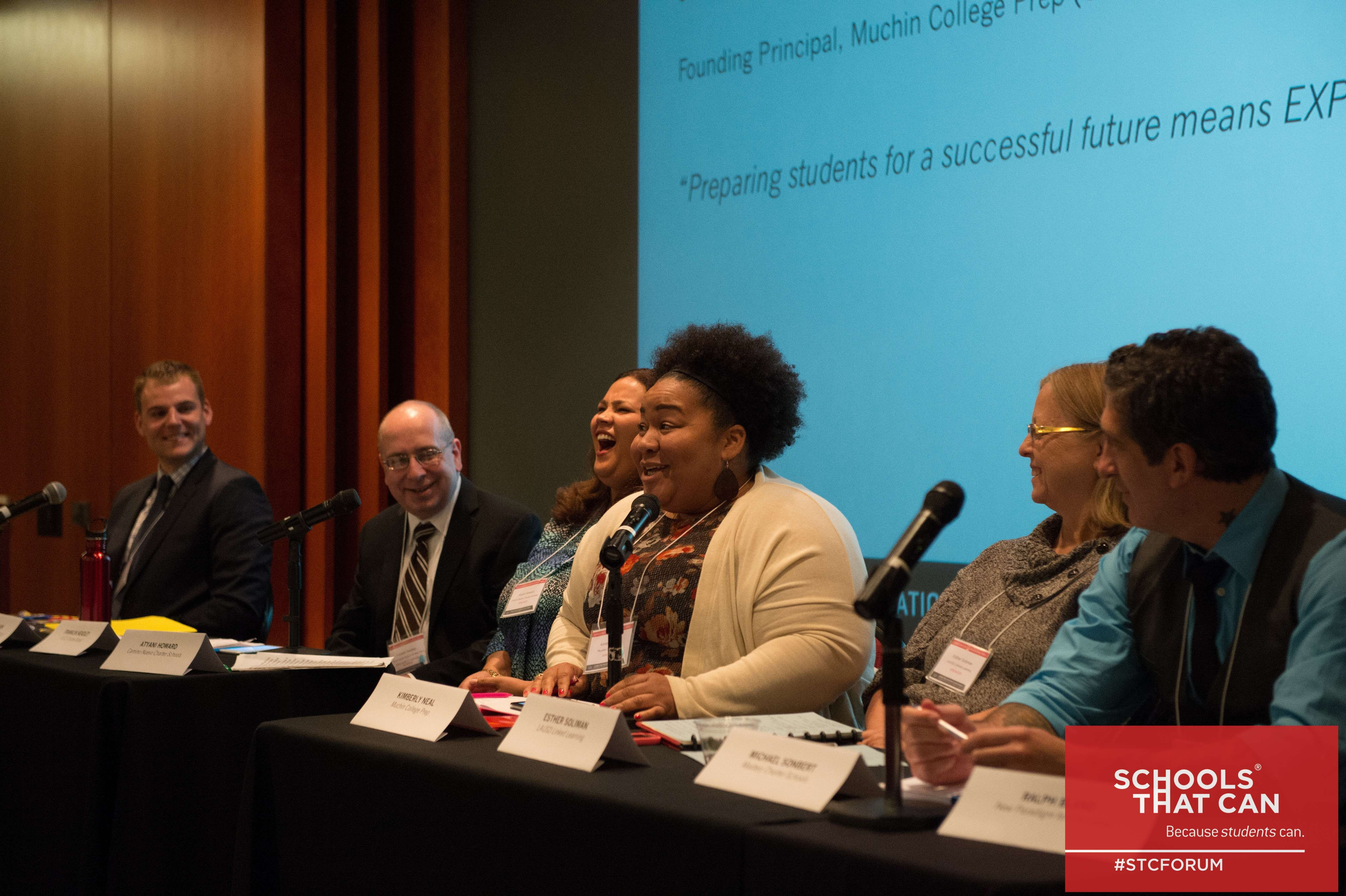 Special shout out to Kimberly Neal from Muchin (pictured above) who spoke on the “Ed Thoughts” Panel. Stay tuned for a more in-depth recap of this year’s Forum in our next STC Connections.

Stefanie Goy and Sarah Morley from Cristo Rey St. Martin de Porres shared about their work redesigning the school’s Academic Assistance Program and the Literacy Support Program that sits within that. Matt Fasana from Sullivan High School told the group about the role that City Year volunteers play in supporting freshmen, as well as the Freshman Seminar program that is run in partnership with the Umoja Corporation.

Our hosts from Muchin College Prep described several aspects of their approach to freshman support: data transparency, instructional coaching, advisory, etc. It was great to have both sides of the equation represented. In addition to the presenting high schools, Namaste Charter School sent two representatives to share their perspective as they support 8th graders preparing to make the transition to high school.

From 12 Schools to 20… and Still Growing

Since August we’ve grown from 12 to 20 schools, and we’re still expanding. More about our newest members to come.  If you know of schools that would add to and benefit from the STC network, please refer them to our criteria and application here.